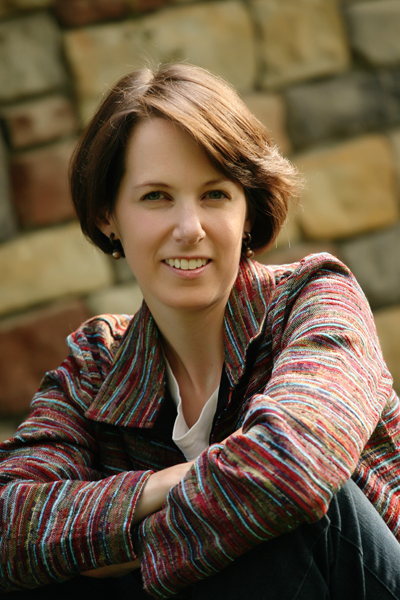 We also encourage the development of choral arts in our communities and provide amateur singers an opportunity to develop their talents under an accomplished director.

In the over 50 years since the Chorale’s formation to celebrate the Town of Simbury’s Tercentennial, we have produced two major choral concerts each year, most often with professional musicians and soloists. Recent performances include Brahms’ German Requiem, Mendelssohn’s Elijah and Handel’s oratorio, Esther. Check out our Repertoire section for more information about our performances!

We are a non-auditioned, community-based chorus of about one hundred singers - ordinary people who come together to accomplish the extraordinary through the beauty and power of choral music.

We accept new members in early September and early January. At these times, you are welcome to join us for a rehearsal!

Come Sing With Us 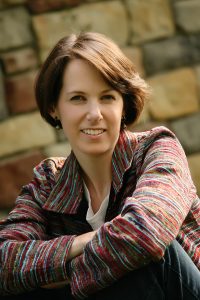 Dr. Ellen Gilson Voth leads an active career as conductor and composer, educator and keyboard artist. In addition to her role as Artistic Director of the Farmington Valley Chorale, she served for seven years as Artistic Director of Novi Cantori, a professional chamber choir based in Springfield, MA. Recently she has served on the music faculty at Western Connecticut State University in Danbury, CT, as well as Westfield State University in Westfield, MA. Ellen currently serves on the Board of the CT chapter of the American Choral Directors Association as well as Vice-Chair of Choral Arts New England, a grant-awarding agency supporting the choral arts in the six New England states.

In past years, Voth has served as Chorus Director of the Pioneer Valley Symphony Chorus (MA), as Director of the Symphonic Chorale at Gordon College (MA), as Assistant Conductor of the New Haven Chorale (CT), and as a conductor with the Connecticut Children’s Chorus. She has been a member of the music faculty at Western New England University (where she also served as music coordinator), at Gordon College in Wenham, MA and at the Ithaca College School of Music in Ithaca, NY. Previously she was also the choral director at Perkiomen Valley High School in Collegeville, PA. For many summers Voth served on the faculty of the Masterworks Festival in Winona Lake, IN and the Csehy Summer School of Music in Langhorne, PA (now Houghton, NY). She has been active as a guest conductor for choral festivals, most recently for the OAKE national conference (March, 2013), and the Rhode Island All-State High School Chorus (March, 2014).

A regularly commissioned composer, Voth’s works are published by Oxford University Press, ECS Publishing, Colla Voce, and Santa Barbara Music Publishing, and frequently appear at conferences of the American Choral Directors Association. Her recent awards and recognitions include the Michigan Choral Commission Consortium prize and also being a finalist in the 2020 Raymond Brock competition for professional composers sponsored by ACDA. She is a frequent guest conductor and clinician, an active pianist and organist, and a singing member of CONCORA. 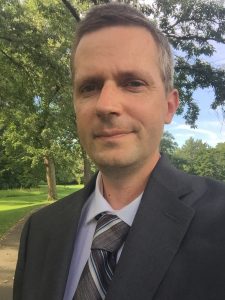 Stephen Scarlato is a pianist and organist based in central Connecticut. He received his bachelor’s degree in organ performance from The Hartt School, where he studied under Larry Allen. While at The Hartt School, Stephen received the University of Hartford’s Regents Honors Award for academic excellence, won prizes in the Albert Schweitzer Organ Festival/USA, and graduated summa cum laude. He can be heard on several commercially available recordings, including the recent albums “Blessing: The Music of Paul Mealor” and “Music of the Spheres” released by the Hartford-based choral group Voce. In addition to a wide variety of freelance work, he currently serves as organist at Immanuel Congregational Church, accompanist for Voce and the Farmington Valley Chorale, and as a collaborative pianist in The Hartt School’s vocal studies division. 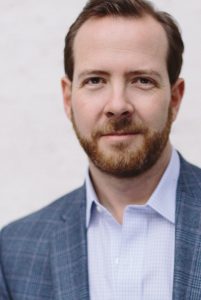 Conductor and music pedagogue Scott Allen Jarrett received the Bachelor of Music degree from Furman University (Greenville, South Carolina) and the Master of Music and Doctorate of Music degrees from Boston University.  He served eight summers on the conducting staff at the Boston University Tanglewood Institute (BUTI), which is part of the Tanglewood Music Center in the Berkshires.  Since 2004, Jarrett is the Director of Music at Boston University’s Marsh Chapel, directing a music staff of associates, managers, Choral Scholars, Conducting Fellows and artistic supervision of the Inner Strength Gospel Choir.  Jarrett is the fifth music director of Boston’s Back Bay Chorale, Artist – in -Residence at Shenandoah Conservatory in Winchester, VA, and Resident Conductor of the Handel and Haydn Society Chorus.  http://www.scottallenjarrett.com 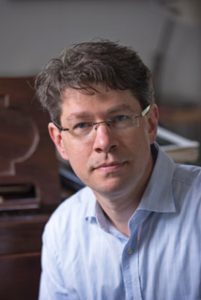 Geoff Hudson at his home in Pelham, MA

The music of composer Geoffrey Hudson has been performed across the United States and in Europe. His recent work, A Passion for the Planet, is an oratorio that blends scientific prose, poetry and sacred texts which speak to the issue of climate change. He recently published The Quartet Project, a six-volume collection of string quartets, which (like Bartók’s Mikrokosmos) starts with simple pieces and gradually grows more complex. Selections from the collection have been performed by more than 200 quartets from around the world and recorded by leading professional ensembles like the Chiara, Brooklyn Rider, Borromeo, Parker, and Jupiter quartets. 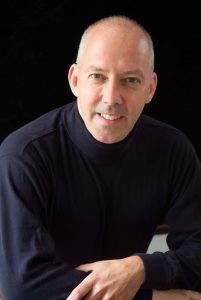 Dr. Chris Shepard is the Artistic Director of CONCORA (Connecticut Choral Artists), the Worcester Chorus (Worcester, MA), the Masterwork Chorus of New Jersey, and Director of Music at St. John’s Episcopal Church in Stamford, CT. In 2001 he founded the Sydneian Bach Choir & Orchestra in Sydney, Australia, the biennial Sydney Grammar School Bach Festival and from 2005 to 2008 was Music Director of Sydney Grammar School: Bach 2010.  Under his direction, the ensemble performed over seventy-five cantatas, as well as the two Passions (BWV 244, BWV 245), the B Minor Mass (BWV 232), and the Christmas Oratorio (BWV 248).  His dissertation on the performance history of Bach’s Mass in B minor in New York City (1900-1980) received the 2012 Julius Herford Dissertation Prize from the American Choral Directors Association. 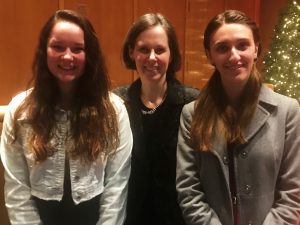 Congratulations to our Young Poets!

As part of our 50th Anniversary celebration, Chorale has commissioned a new musical composition by our Artistic Director, Dr. Ellen Gilson Voth. For lyrics, we looked to young poets for an original poem that explores a theme related to how music affects us or has an impact on our lives.

“Nature’s Music” by Noelle Tackett of Granby and “Lyrical Departure” by Sophia Ciraldo of South Glastonbury were selected anonymously by the composer from among many wonderfully creative entries to our Young Poets Project.

We hope you will join us for the premiere performance of the composition at our 50th Anniversary Concert on May 9, 2020 at Simsbury High School. 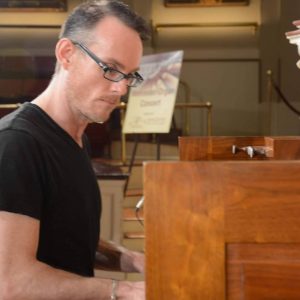 Dr. Sean Redrow is the Director of Music at the Church of St. John the Evangelist in Worcester, Massachusetts, where he leads one of the flagship Catholic music programs in New England, founding and directing both the St. John’s Choir and the St. John’s Schola Cantorum.

Dr. Redrow is a graduate of the College of the Holy Cross in Worcester, where he was the recipient of the prestigious full-tuition Organ and Liturgical Music Scholarship.  He furthered his education at The Boston Conservatory, and then earned the Doctor of Musical Arts degree at Boston.  He has studied and coached with most of the great Organists of our time and including Marie-Claire Alain, Olivier Latry, Marie-Louise Langlais, Ludger Lohmann, and many others.  He is a winner of the New England Regional competition of the American Guild of Organists, and has been featured at both Regional and National Conventions of the American Guild of Organists as a workshop presenter and performer. 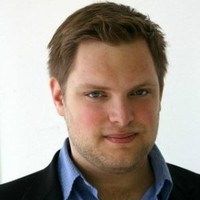 Gregory Flower, baritone, has been heard across New England, where he has performed opera, oratorio, song, and musical theater. This season’s engagements have included Mozart’s Requiem, Faure’s Requiem, Handel’s Messiah, Duruflé’s Requiem, Aeneas in Dido and Aeneas, and Jim Ferguson in the world premiere of Bessieand Ma. In May, Greg sang a complete performance of Schubert’s Schwanengesang. Greg is active with several regional professionalchoirs, including Vocal Alchemy, Novi Cantori and Voce. He is the Director of the Music at St. Mark the Evangelist Church in West Hartford and was a member of the Cathedral Schola Cantorum in Hartford for many years.  Greg holds degrees in Vocal Performance and Music Education from The University of Hartford and is currently pursuing a master’s degree in Voice at the University of Connecticut, where he studies with Constance Rock. 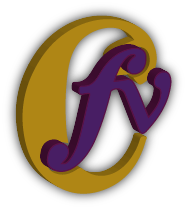 As a not-for-profit 501(c) 3 corporation, we depend on financial support from member dues, ticket sales, granting organizations and through generous donations from individuals and businesses. Your support and donations are very important to us, and deeply appreciated!

How You Can Help